The discovery of the bones of the controversial King Richard III of England under a parking lot inspired me to create this series. Bosworth is where Richard was killed in battle with Henry VII, who then claimed the throne. I'm fascinated by the 2013 discovery of Richard's remains, as I have long been one who doubts he was the villian Shakespeare portrayed. I'm amazed that his remains were found so long after he died in 1485. I find the story moving and magical. 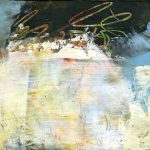 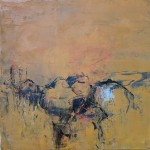 Inspired by seeing the Paleolithic cave paintings and markings of Pech Merle in Southwestern France. 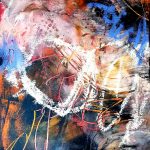 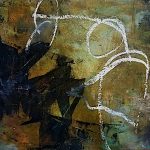 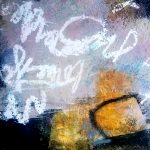